A Global Top 10 Bank in the Eurozone Case Study

A Global Top 10 Bank in the Eurozone uses Performance Acceleration Services from Fiserv to stem revenue leakage and boost revenue by more than 18 Million Euros per annum.

Fiserv consultants and the bank's management chose to focus on two primary initial targets: current and savings accounts, and credit cards. The opportunities implemented in these two areas alone helped the bank achieve the total revenue target for the entire project. Thanks to this remarkable phase-one success, the bank asked Fiserv to initiate the second phase with an increased financial target and focus on the other defined areas: consumer lending, long-term business lending, credit accounts and FX transfers. 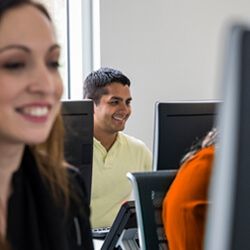 Have a question for us?

For more information on A Global Top 10 Bank in the Eurozone Case Study and other Fiserv solutions, call us at 800-872-7882 or contact us.