After trades are confirmed within TradeFlow™ from Fiserv, users may automatically generate settlement instructions using the ETS workflow to provide a comprehensive post-trade and transaction processing environment for securities, TBAs, REPOs and exchange traded derivatives. 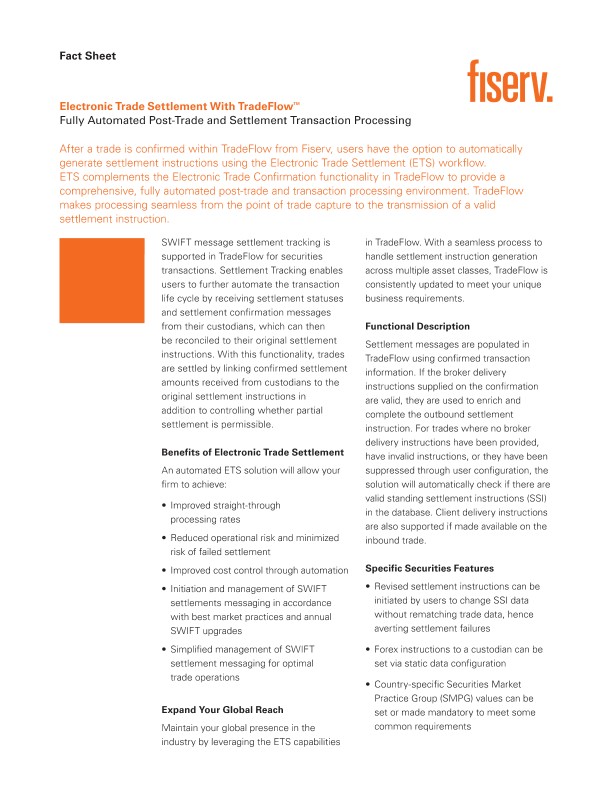 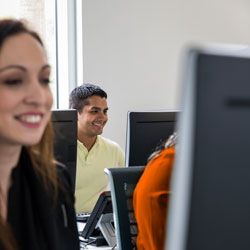 Have a question for us?

For more information on TradeFlow and other Fiserv solutions, call us at 800-872-7882 or click below.